The 421st Fighter Squadron is part of the 388th Fighter Wing at Hill Air Force Base, Utah. The squadron has seen action in many major conflicts. Activated in 1943, it has fought in the Pacific during WWII, in Vietnam and the first Gulf War. More recently it was put in action during Operations Enduring Freedom and Iraqi Freedom. 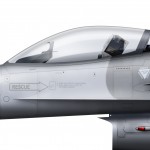 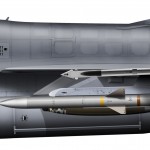 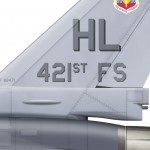